Book A Consult
Email Us
1-905-335-7029
Custom Foot Orthotics help in providing relief for painful foot problems or an injury, especially for those who must walk, or stand excessively on the job or in every day activities. 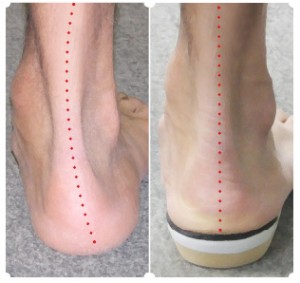 The mechanical properties  of the Custom Foot Orthotic help to maintain the normal positioning of the bones in the foot, the joints in the ankle and knees leading up to the hips and lower back. The muscles and ligaments holding these bones in their intended anatomical positions are prevented from over stretching and becoming lax over time.

With enough functional correction from a Custom Foot Orthotic, the foot structure can be aligned to give more propulsion, making walking, running and even cycling more efficient biomechanically.

To the right is an example of a foot without the corrective support of an orthotic and then another example of the same foot with a Custom Made Foot Orthotic from POL correcting and supporting the foot. Notice the difference a well made Custom Foot Orthotic makes!

We back our product and offer excellent support for fitting and adjusting.

Custom made orthotics that last! Your customers will be impressed.

Our customers are the backbone of our business. We make sure you are cared for.